The Baptist Church in Reading marks its 380th anniversary in 2020.

In 1640 Reading was a town of 5,000 inhabitants based on a triangle of streets of which New Street, now Friar Street, formed the north line; London Street and Sievier (Silver) Street, where the sieve makers lived, the east line; and St Giles’ Street and the Seven Bridges, now Southampton Street, the west line. Occupied by the Royalists at the beginning of the Civil War, Reading was, in 1643, captured by the Parliamentarians forces and strongly garrisoned. In 1646 Cromwell himself was in Reading.

It seems likely that the Reading Baptist church came into existence, or at any rate grew in strength, through the presence of the soldiery in the town. The church must have been well established by the year 1652. The following year the vicar of St Mary’s, a staunch Puritan favouring Presbyterianism, inveighed publicly against the local “Anabaptists”. The Baptists not only had to meet attacks from those who desired a National Church Presbyterian in character, they had also to defend themselves against the new Quaker movement led by George Fox. In 1655 Fox came to Reading and held a meeting in George Lamboll’s orchard to which a great part of the town came. After the meeting many Baptists came privately reasoning and discoursing.

At such a time, a few devout men gathered for worship in a small rented  house,  most probably situated in Pigney Lane,  on the banks of the Holy Brook, and here they formed the church that grew into our own today. They had no minister to lead them, little money for their support and a future threatened by persecution, plague and civil war. Certainly in this place, in August 1688, John Bunyan preached one of his last sermons. He died at the end of August 1688.

By the end of the century the Reading Baptists held the freehold of the Meeting House and burial ground in Church Lane, now Church Street, between London Street and Southampton Street. By 1751, there was enough support and enthusiasm for the building of a new Meeting House in Hosier’s Lane which was opened for services at Easter 1752. 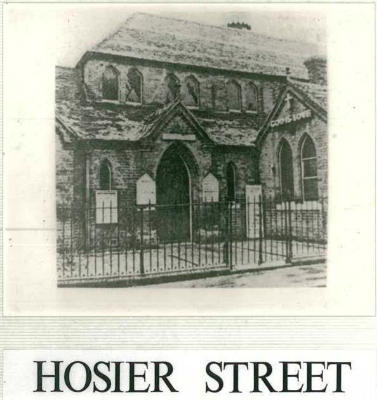 By the end of the eighteenth and the beginning of the nineteenth centuries, churches at Wokingham, Staines and Wallingford were formed and many village chapels started up, all of which were closely connected with the members of Hosier’s Lane.

The last move, but one, was to the new chapel in King’s Road, built in June 1834. At that time one of its novelties was lighting by gas. By 1868 increased accommodation was required for the Sunday School. A piece of ground north of the Holy Brook was presented to the church by a well known Reading man, Mr Blagrave, and by 1870, the new School Room was built and in use. 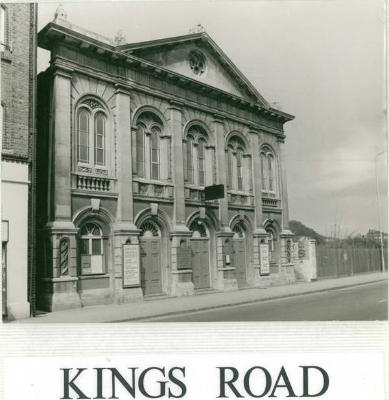 The shortest move of all took place in 1979 when we moved over the Holy Brook to our present premises in Abbey Square, standing on the same site as the old King’s Road School Room, and renamed as Abbey Baptist Church. 2019 marks 40 years in the current building. 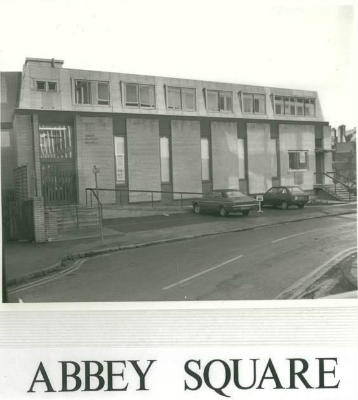 We have a permanent exhibition in the hall exploring the history of the Baptists in Reading. If the hall is not in use at the time, you are welcome to come and visit!

Ministers of the Church